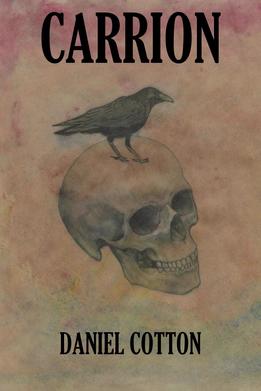 Get it on Kindle
CARRION:

The circus is coming to Homestead, Iowa. People are going missing, especially teens. Are they all running away to join the show, or could this be the initial volley in a preternatural civil war? Humanity has long believed itself to be the top of the food chain, it’s about to discover it’s merely carrion. Everything is food for something else, be they vampire, shapeshifter, human or zombie.
​ 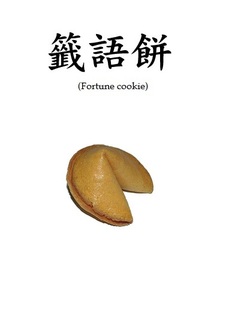 Click to find your preferred store
Fortune Cookie:
​    Everyone goes through difficult changes in life, Sam Wong is no exception. It’s hard for an adopted Caucasian kid to grow up in Chinatown, trying to fit in. He’s about to discover he is more connected to China than he ever thought possible, and learn about the jiangshi, zombie-like Chinese vampires also known as ‘hopping vampires’. The name literally translates to ‘stiff corpse’, due to post mortem rigidity the oldest jiangshi have to hop to catch their prey. One hopping ghoul shouldn’t be too problematic for the boy to battle, but when faced with many… or even worse the thing that creates them, he may just find himself in the fight of his life.
Read about Sam as he learns more about his past, figures out his present, and
determines his own future. 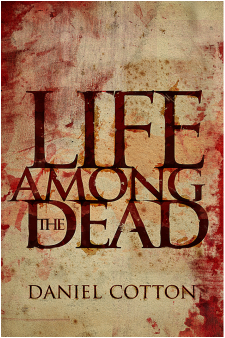 Click to find your preferred store!
Life Among the Dead:
​      There's over a million people in the city of Waterloo. Today, most of them have died, and now they're hungry. Corporal Dan Williamson is caught in the middle of the outbreak, desperately trying to reach his wife who is somewhere amid the urban decay. There are other souls out there, other tales of survival among the horror. Dan will soon learn that the living may prove to be an even bigger threat than the dead in this zombie epic.

Get the Audible version 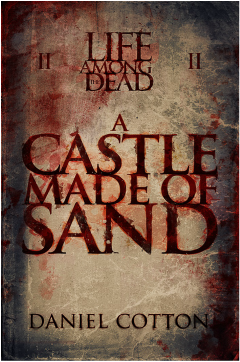 Click to find your preferred store!
Life Among the Dead 2: A Castle Made of Sand:
​    Welcome back. You are about to be taken back to the first day of the outbreak. There are over a million people in the city of Waterloo, Dan Williamson is just one of them. Meet Dustin Barnes, not the typical protagonist, he’s a post-apocalyptic cockroach, the sort of guy that will do anything in order to survive, and he’s on a collision course heading north to New
Castle.
Those who have survived, the sinners and saints alike, knew the dead had an appetite before, now they are starving. With the scarcity of the delicacy they crave, human flesh, they are becoming maddened by the hunger, they are growing faster and more desperate in their attempts to
feed.

In a world where the dead refuse to stay buried, expect to see a few familiar faces.
Enjoy.

Get it on Audible! 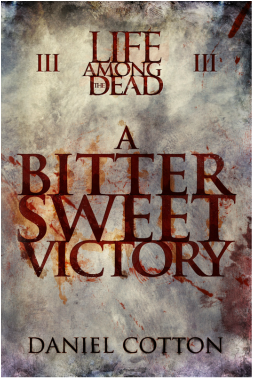 Click to find your preferred store!
Life Among the Dead 3: A Bittersweet Victory
​    Life is a winding road full of twists and turns, one can never be truly prepared for all the unexpected bumps and bends that loom ahead, or the pitfalls that derail us from our path. Vida Calavera is about to learn this first hand when an evening out with her friends turns into a waking nightmare. All of her plans and aspirations for the future will be dashed in an instant, her world will crumble down around her as the dead rise up. Unable to get home she is lost, vulnerable to whatever may lurk around the next turn, Vida is heading straight into danger with death on her heels but she may soon find it’s who she chooses to trust with her life that takes it. 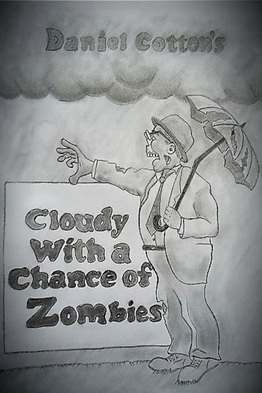 Click to get it at your preferred store.
Cloudy With a Chance of Zombies:
Today's weather map has been brought to you by Zombies, they're everywhere you wanna be.

“Hello America, it is raining men out there, in the literal sense. It truly is the End of Days, I have done the count, seven trumpets are in fact blowing. The storm extends from coast to coast and even across the pond. We aren’t going to be seeing another sunrise as the population drops, and the dead come up beneath us. This is affecting all walks of life; the young and the old, the rich and the poor, it’s even dashing summer time fun for folks at amusement parks. Those trying to seek shelter at malls and other shopping centers are having no luck, there is no escaping this, and there is no end in sight. My suggestion is to stay inside, curl up with a good book, and hope for the best. Now, let’s take look at what’s happening in your neck of the woods.”

Cloudy With a Chance of Zombies is a collection of six short tales of the living dead; Fanboy, Storybook Land of the Dead, Zombies in the Mist, Eat the Rich, Deadbeat, and Sherlock Holmes and the Walking Dead. Fans of the sleuth and lovers of the living dead won’t be disappointed.

Get it on Audible! 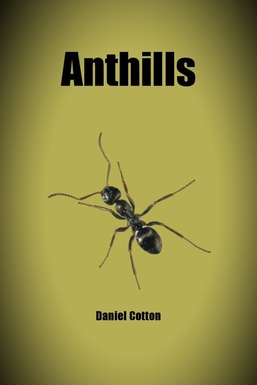 Click to get it at your preferred store.
Anthills: An old fable tells us of the ants and grasshopper; the ants pass the summer toiling in preparation for the winter, while the grasshopper sings and plays with little thought to what is to come. In the story, the grasshopper is turned away when he comes begging for food, in some versions he is forced to play music to earn it. What would really happen once winter arrived, would the grasshopper truly let himself go hungry?

The world as we know it has died, but as they say ‘life finds a way’. It is now a world of tremendous abominations, an existence of ants and grasshoppers. Young Gillian Parker is alone in this world, on a mission, taking a leap of faith in search of something that may or may not be there. Whatever the outcome, she is willing to do anything to see her quest to completion; she has nothing left to lose.
Get it on Audible 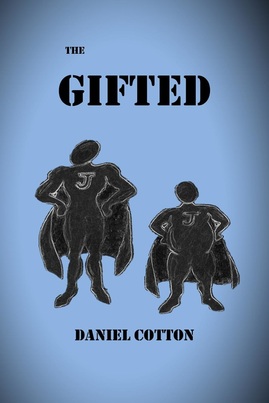 Click to get it at your preferred store.
The Gifted: They are always standing by to answer the call to action, those bestowed with powers beyond mortal comprehension, the Gifted. This twisted tale is set in a world where superheroes are not only real, some have attained A-list status. Among the heroes, none are more renowned than the Judge and Jury. The dynamic pair are credited for foiling more crimes than any of the other champions. The Judge is estimated to be the most powerful man on the planet, god-level. The two have secrets hidden behind their masks that run deeper than just secret identities. 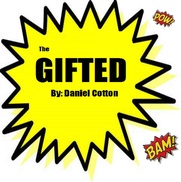 Give it a listen on Audible 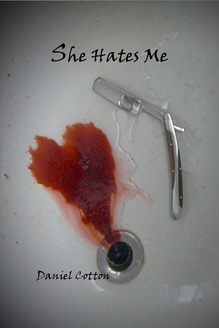 -Temporarily unavailable, but coming back soon-
She Hates Me William McKinnon has just been dumped, if he’s lucky this time it will stick. He wants to be rid of the ‘evil one’ for good, but he needs help. Blessed with a powerful imagination that he once channeled into poetry and journals to chronicle his life; such resources will be paramount in diffusing Debbie’s spell. Aided by his best friend Michelle, and his eccentric brother, Danny, William may have a chance to break the thrall and find true love in this dark romantic comedy.
​
Bonus material includes; poetry written by William McKinnon

Exaggerated from true events. This story contains subject matter some may find disturbing.